Skip to Main Content
It looks like you're using Internet Explorer 11 or older. This website works best with modern browsers such as the latest versions of Chrome, Firefox, Safari, and Edge. If you continue with this browser, you may see unexpected results.

Welcome to Middle East Technical University Library subject guide for Law. This guide was created for assiting your researches in this area.

Law is a system of rules a society sets to maintain order and protect harm to persons and property. Such systems are ancient, dating back at least to the Code of Hammurabi, written by an ancient Babylonian king around 1760 BC. Today, most countries have tens or hundreds of thousands of pages of laws. They are enforced by the police, supported by the court and prison systems. Laws are written by legislators, such as senators or congressmen. In many countries, these rules must uphold and not contradict the Constitution, a document outlining the most basic rules of the country.

Aside from law being a set of rules, the word also refers to the profession practiced by lawyers, who either prosecute or defend a client from an accusation of violating the law. Becoming a lawyer requires attending law school and passing a bar exam. This entitles the lawyer to a license. Only lawyers with a license are allowed to practice.

There are many categories of law. These include contract, property, trust, tort, criminal, constitutional, administrative, and international. Each of these sets the rules for a distinct area of human activity. Without laws, there is lawlessness, which historically has led to a general breakdown in society, sometimes to the point of a near-standstill in the economy. Those that advocate the abolition of all laws are called anarchists. 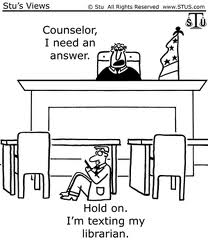